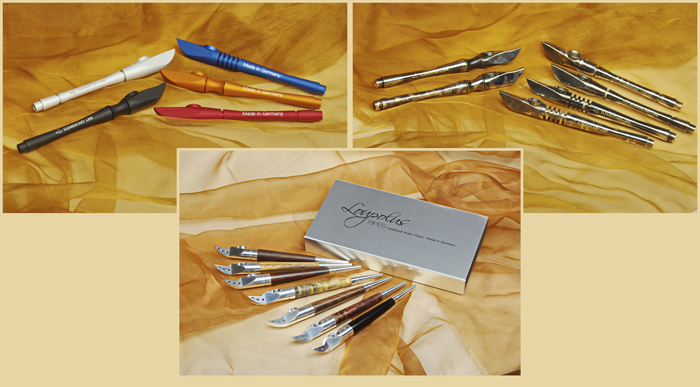 The idea of Loupolus Pipes was established in the year 2009 when the Managing Director of the company has come with the Arab culture of smoke into contact for the first time. At first a traditional Arab Medwakh was used to go to this unique way of smoking. From time to time other European Pipes were used.
After H. Loutchan, owner and Managing Director of Loupolus Pipes further had occupied himself with the Medwakhsmoking many secrets and dark sides of the traditional arabic Medwakh revealed themselves.
The decision on the establishment of Loupolus Pipes were considered mid-2010 was, stood next to a high qualitative scale used for the target too many technical changes on the plan.
On the 1 February 2011 Loupolus Pipes was founded officially and the company Website: www.loupolus.com went online.
Since then, Loupolus produces the highest quality Medwakh which are on the world market to find.

The Loupolus Pipes from the outset had committed to the motto: "Not one Pipe for everybody but everybody his own one". Loupolus pipes was initially exclusively with the production of Medwakh according to customer's request. Mass production is still completely excluded and a production of selected designs is only possible for prototypes or special series. Loupolus Pipes follows the proverb: "The customer is King". And this is not only literally meant, because among the clientele of Loupolus pipes so far are also members of some royal families of the Middle East.

The customers of Loupolus Pipes distinguished themselves by their own ideas, individualism and the slope for something special. It´s completely equal which nationality the customer have or from which country or culture they are from. One distinguishes them all. Place highest value on quality and absolute smoking pleasure. The customer of Loupolus Pipes are mostly endconsumer and sometimes selected companies for which Loupolus Pipes produce special editions. For example the renowned company: Maybach.

The advantages of a Loupolus Medwakh are not only the same apparent high quality of manufacturing. Many of the benefits can only imagine or show up only at second glance or at the first smoking.
It has been shown in the past that all customers of Loupolus Pipes were more than impressed by the quality of smoke. The classic Loupolus filtersystem guarantees a cooler smoke, a bigger BUZZ and an easier pulling. A proven smoker will also notice that the taste of the Dokha appears far more unspoiled than it is possible for a different Medwakh.

An original Loupolus differs by the meticulous choice of materials by conventional Medwakh Pipes. While the position that must be excluded a health burden or minimize existing health consequences of smoking emerged from the outset. This was achieved as a result all components that come with the Dokha (tobacco), the smoke, the flame or the mouth of the smoker in contact are made of food-safe, hygienic materials. The complete Basebody of Loupolus Pipes consists of a special harmless aluminium alloy. The traditional Arabic Medwakh, which are completely made of wood soaks up the liquid nicotine condensate. This is up to 40 times more harmful than the pure smoke. This is impossible with a Loupolus Pipe.

Also the nicotine condensate will be bonded in the activated carbon filters which are selected specially for Loupolus Pipes. With the "elementary line", the customer can decide which filters he wants to use. Activated carbon filter bind also ash particles, particulate matter and noxious substances such as CO2. This Loupolus Pipes works closely with the leading manufacturer of this filter.

However, technical renovations, compared to the traditional Medwakh are advantages which one are basic part of the corporate philosophy of Loupolus Pipes can be seen but not right off the bat.
"Quality is no coincidence. Instead, it is the result of strived thinking and professional acting" This is an internal law which one is right away in the design and processing of each Loupolus Medwakh. Here, too, the choice of materials and the machining process plays an important role. Whether it is natural materials such as wood, stone or ivory, or metals and precious metals. Loupolus Pipes are always attention on sustainability, protection of the environment and nature conservation. Materials which one are not compatible with the principles mentioned are not processed. Materials such as ivory or rare wood are used only if it's fully transparent procurement sources and official / state certificates for just these materials are present. All materials are purchased in Germany and are, tested several times by german departments in so far as they are not originally comes from the EU. Otherwise, almost no limits are set in the selection of materials.

A basic idea in which evolved Loupolus Pipes, was the individualism. According to the motto: "everything is possible". To promote this basic idea, the Medwakh were designed by Loupolus Pipes based on a modular principle. All Medwakh are unique and a double production is excepted only for the "Elementary line" and the "Limited editions". But all the components of various Medwakh („Limited Edition“ and „Custommade“) will fit to each other. This is achieved by a very high precision and tight manufacturing tolerances at the interfaces of the components. So the customer can freely order a Medwakh according to his wishes to establish his personal Medwakh and if necessary the design can be changed with just a few hand movements through the purchase of spare parts. This ability also makes a Loupolus Pipe unique.

The easy and effective cleaning of all the components of a Loupolus Pipe complete the advantages.

Loupolus Pipes is striving to escape from a standstill and working continuously on further developments. The continuous improvement process is used for all directions. Whether it is the choice of material, technical innovations, new designs or production processes, because: "Standstill is regression" 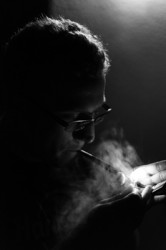